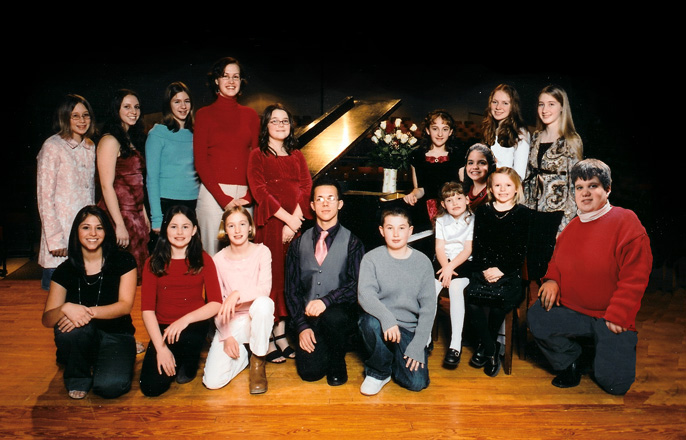 Sixteen students from Audrey's Piano Studio performed in order by age, beginning with the youngest. Mixed in with the solo performances were duets featuring each of the students playing together or with Audrey.

Please visit the Archive to view our videos of this show.

Each student returned with an all new encore solo. Intermingled with these performances, the audience was entertained by some other items including duets, poetry by Allison and friends and even a commercial with Zach and Carrie! Cameron surprised the audience, as well as Audrey by bringing along a mystery guest who played along with what could be best described as dueling Twinkle Twinkle Little Star.

Vocalists included Alexandrea (singing Row Row Row Your Boat) and Sarah (singing Puff the Magic Dragon) as well as Jenna, a young guest performer (singing This Is It!). Seven year old Sarah returned to wow the audience with Don't Cry For Me Argentina (from the musical Evita), and eleven year old Vanessa did very well with Pieces of Me (Ashlee Simpson).

back to the top