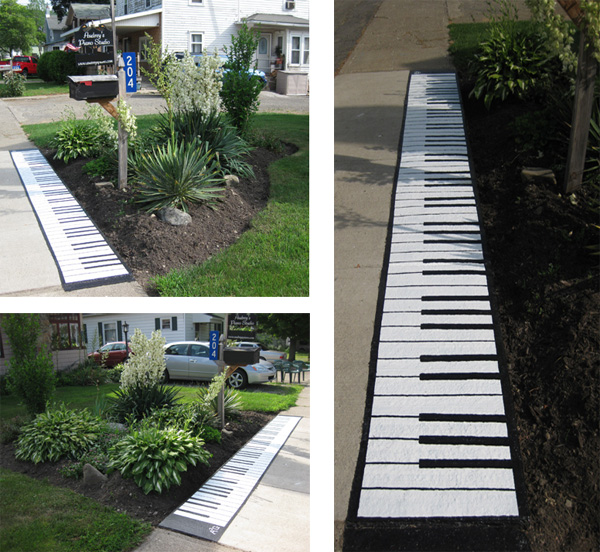 Because of a slight math miscalculation (basically, a tree stump in the way) when I initially made this keyboard two years ago, I came up three notes short on the low end A, A#, B were missing... to the trained eye, this was a travesty. They are missing no more! I beat on the offending stump and added the missing keys. :-) 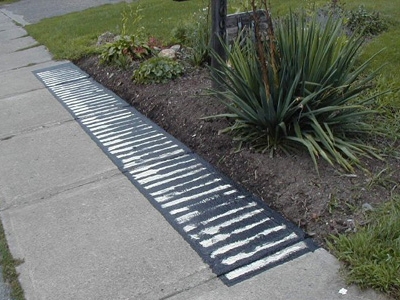 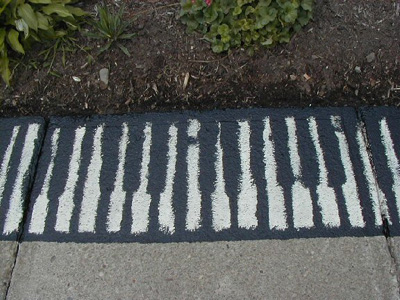 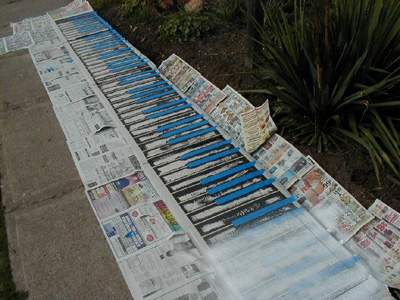 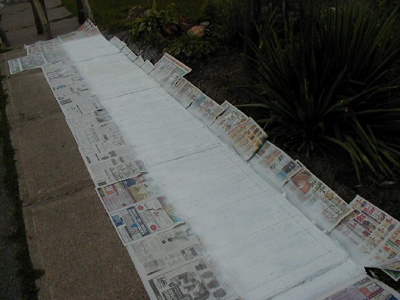 This afternoon I measured and taped. It all went faster this time, but it still took effort to line everything up. Then a few coats of paint... 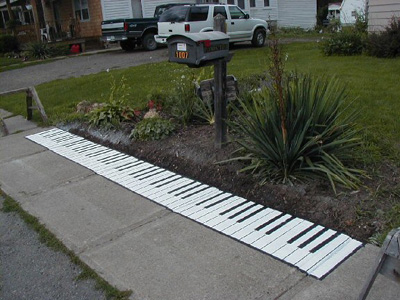 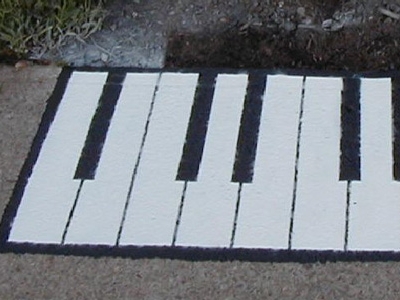